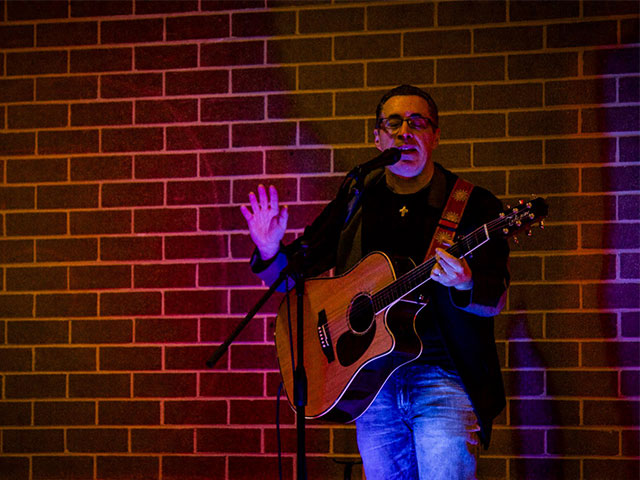 American Youth Minister and musician Steve Angrisano reassured students of St John Paul II Catholic College in Schofields that they are not alone as “God is sometimes much closer than we realise”.

Mr Angrisano did two shows at St John Paul II Catholic College Scholfields before heading over to the Nirimba campus for a surprise third show. In the audience for his shows were also students from Santa Sophia Catholic College and St Joseph’s Primary School.

Mr Angrisano said his visit was a chance for students to experience a day of evangelisation.

“I love that this is the Year of Youth and one of its themes is the joy of the gospel,’’ Mr Agrisano said. 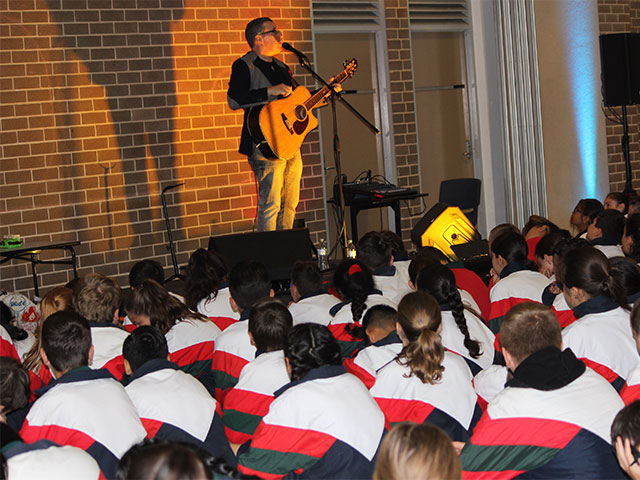 “Something I like to tell my audiences, which is from a priest in Australia is ‘A fish could never describe water to you because how prevalent the water is around him’.

“Quite often, people ask me ‘Where is God?’ and I think what a peculiar thing to say when we are made in the image and likeness of God. 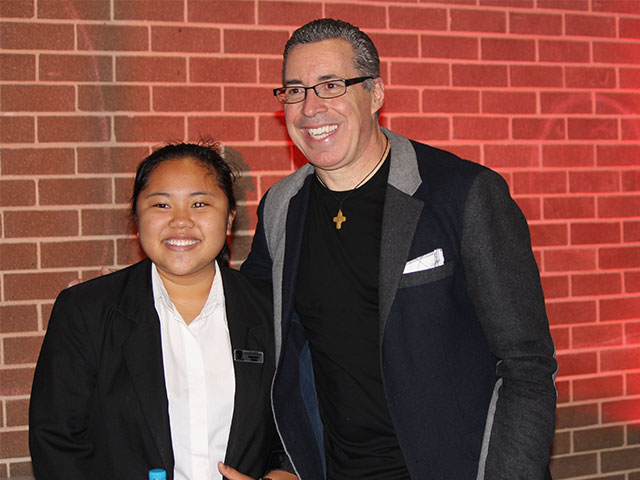 “I think one thing I would say having come to Australia six or seven years in a row now, is that I see in the young people a desire and a passion for hope, truth and faith.’’

He said that he saw this when he attended the Australian Catholic Youth Festival (ACYF) event last year. He described it as the launching pad into faith particular for the 1000 or so young people who attended.

"To see the young people at ACYF practise their faith and then to come back and see the fruit of that is very rewarding,’’ Mr Angrisano said. 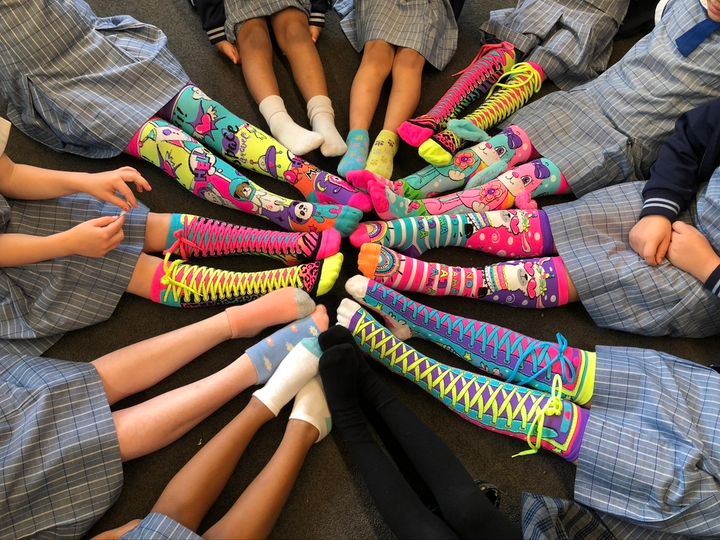 Last Friday, our school community truly demonstrated how we can pull together to achieve amazing things. The students and teachers enjoyed a day of crazy socks, a sausage sizzle, zooper doopers and shooting goals. The students and teachers had so much fun, especially when the students were trying to shoot a goal against their teacher. We raised roughly $1,500 which will be donated to Catholic Mission to support families in Ethiopia facing malnutrition and food insecurity. These funds raised will help sustain and enrich the lives of vulnerable children who are in need of our support. Thank you to our community for working together to help those in need. “Together we can” do amazing things to answer God’s call to action. 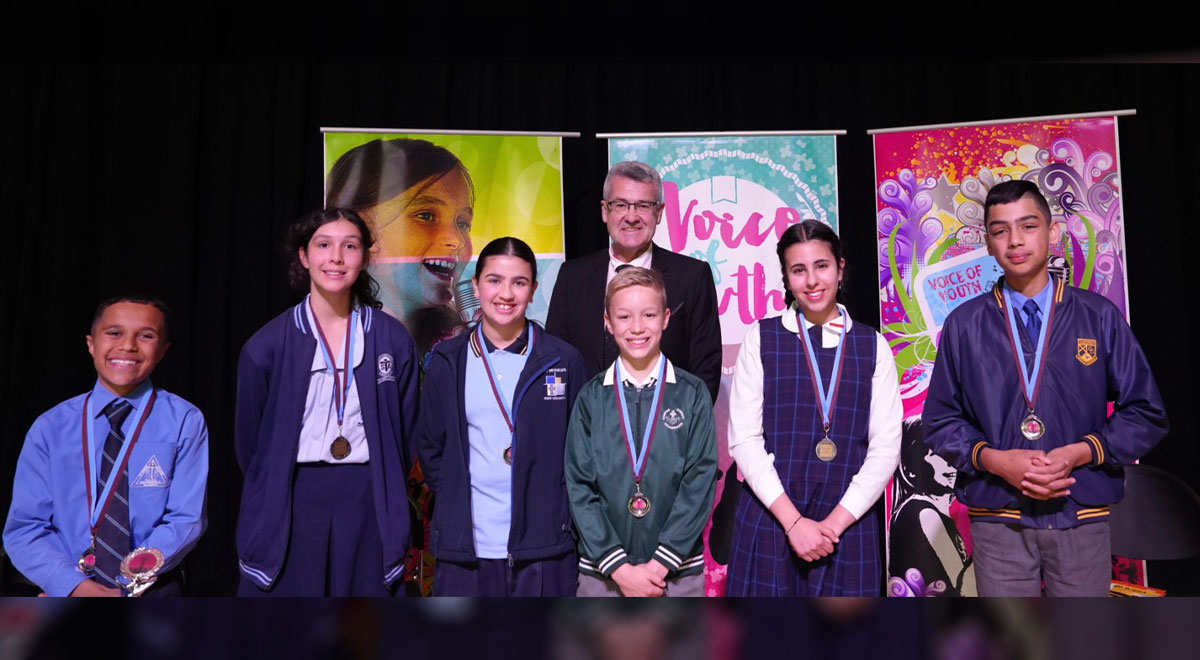 Six Year 6 students selected from across 59 primary schools in Western Sydney and the Blue Mountains recently competed in the Diocesan Voice of Youth Public Speaking Competition Grand Final on the 20th of September. 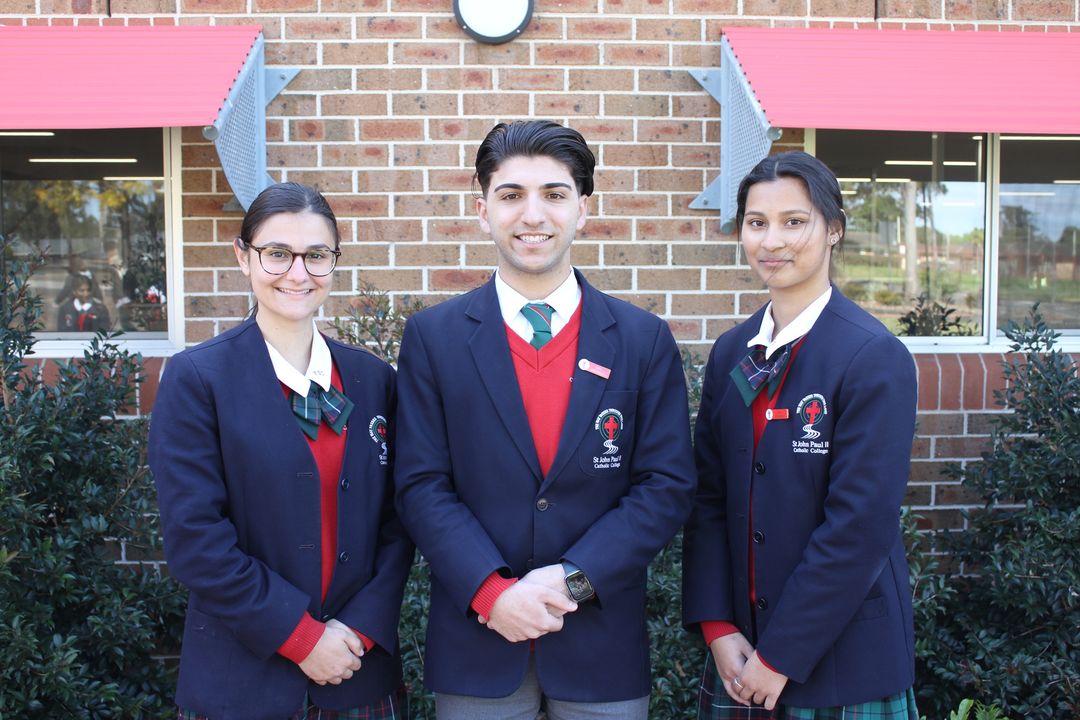 Congratulations to Stephanie Attard for being elected as St John Paul II School Captain for 2023. It is great to see a former St Joseph's student fill the School Captain role. 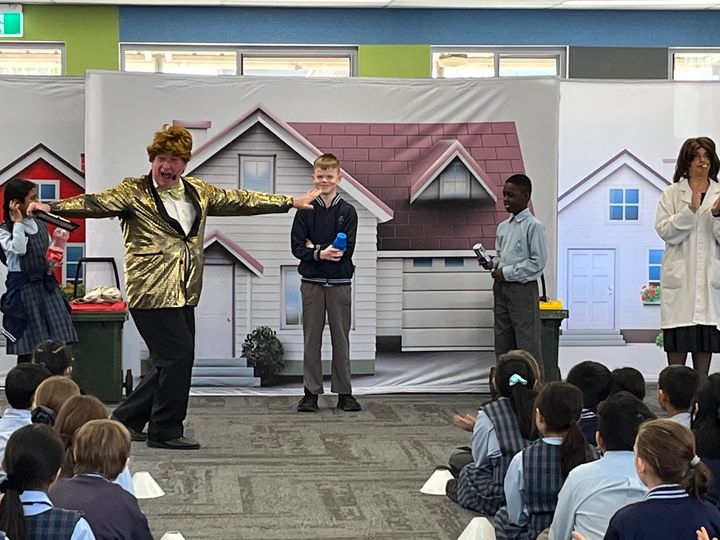 This week our Stage 2 and 3 students enjoyed an incursion called "Radical Recyclers" performed by Eaton Gorge Theatre Company. This incursion helped increase our awareness of the importance of recycling at school and at home. It was a very interactive and fun incursion. Thank you to Blacktown City Council and Eaton Gorge Theatre Company for the opportunity to have this performance come to our school. For more information https://www.egtc.com.au/radical-recyclers 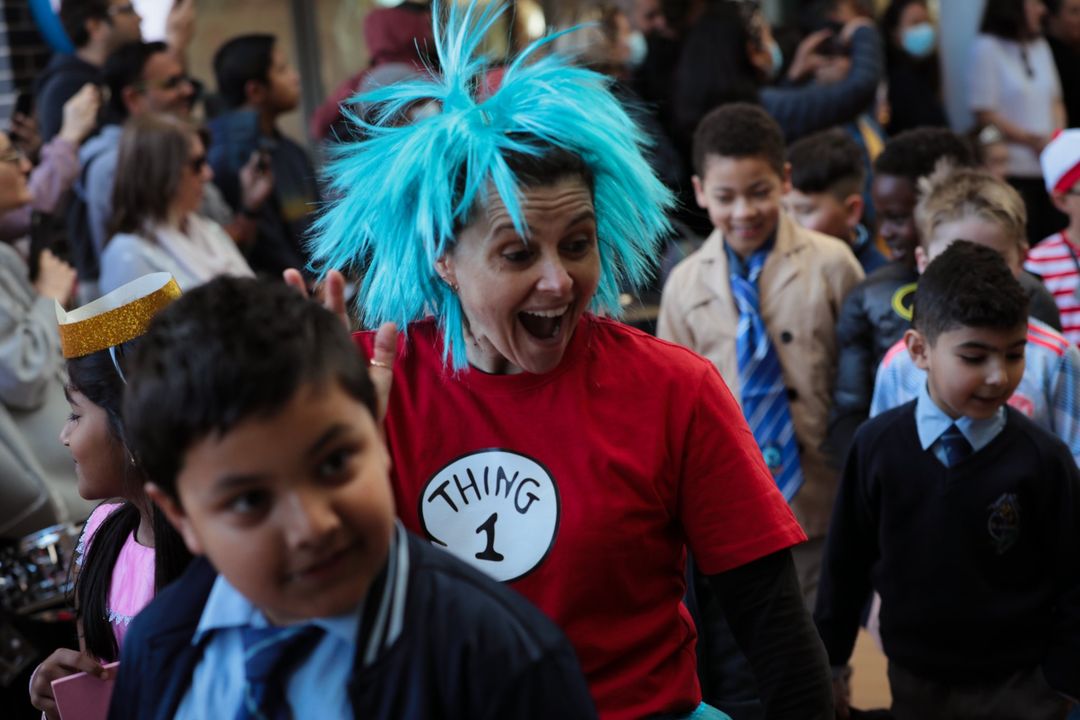 On Monday, our teachers and students enjoyed dressing up to showcase their favourite book character at our Book Week Parade. The theme this year is "Dreaming with your eyes open". Our parent community were welcomed back into our school for another fun and exciting event. 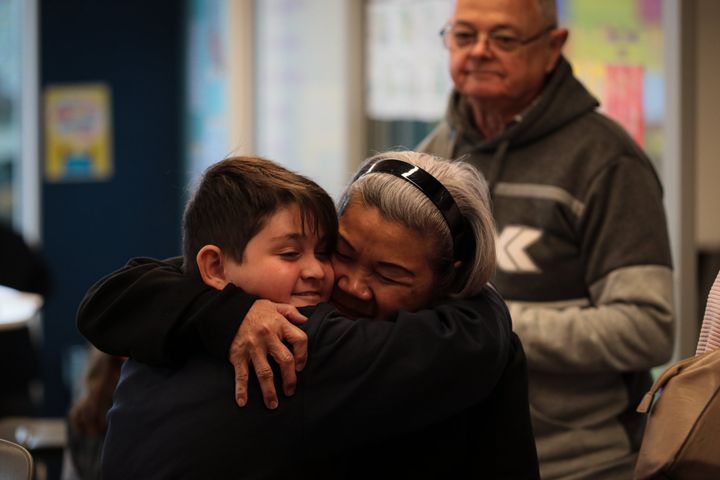 A wonderful morning was had by all on Friday as we welcomed our Grandparents back to school with a special liturgy with enthusiastic singing and a visit to our great learning spaces. Our children were delighted to see so many of their loved ones. 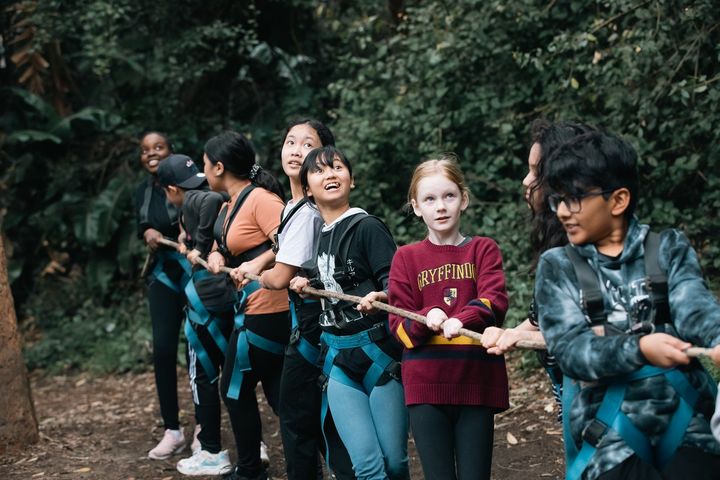 Over the past 2 weeks, Year 5 and Year 6 left for an overnight camp to Camp Collaroy, on the Northern Beaches of Sydney. They completed a number of challenging activities such as orienteering, archery, high ropes course, giant swing and initiatives (team building/problem solving activities). Teachers and students had a fantastic time, as they challenged themselves to push beyond their boundaries and try new and exciting things. 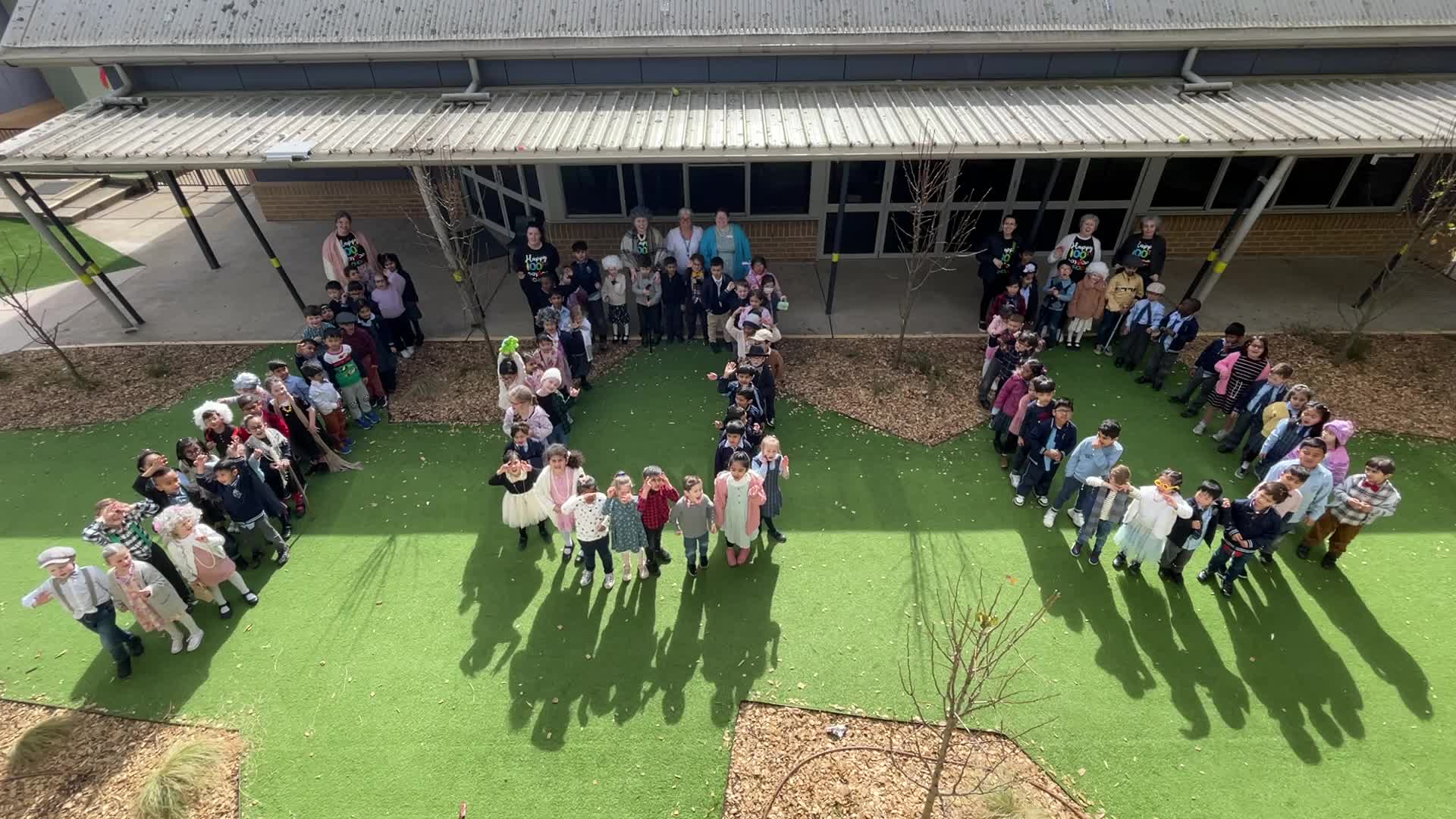 Kindy students and their teachers forming the number 100 .. 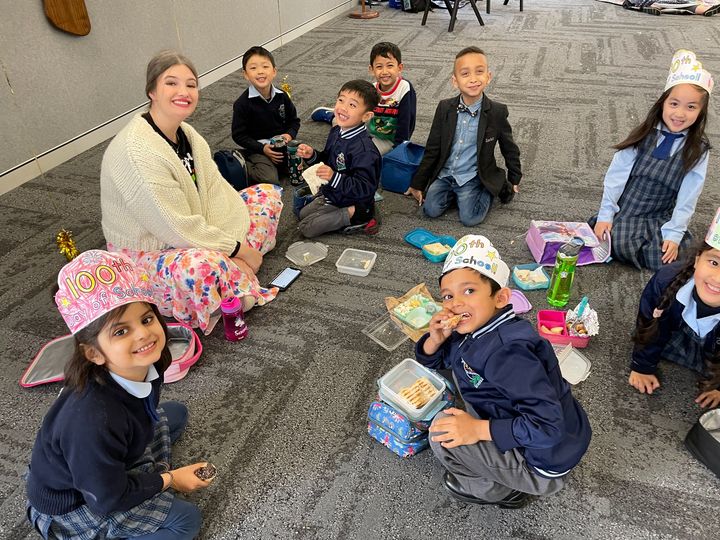 On Tuesday our Kindergarten students celebrated 100 Days of Learning. The children dressed up as though they were 100 and participated in lots of fun learning about the number 100. The day culminated in a picnic with their parents where the children were able to show them the lovely Joey Park playground that they are fortunate enough to play in each day. Here are some pictures of the celebration. 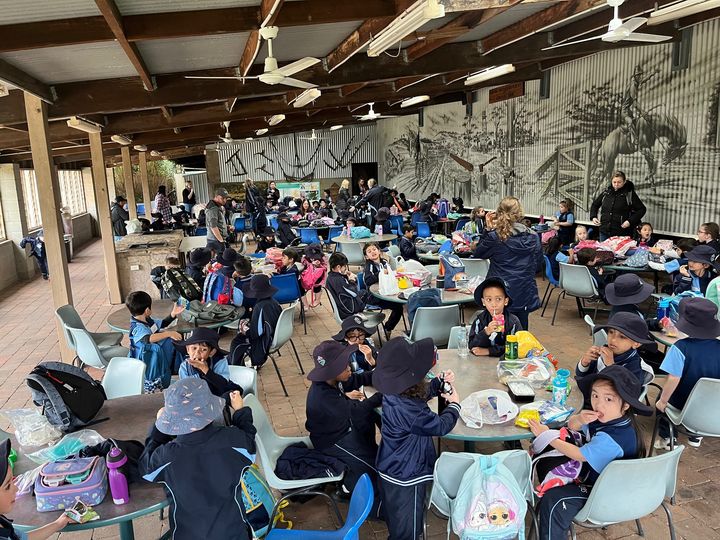 Kindy have arrived safely at Calmsley Hill City Farm. We’ve had some recess and are now exploring the farm. It’s been a fun morning milking Maggie the Jersey Cow, seeing some lazy pigs and piglets, Coco the Camel and the ponies did what they wanted!! The exciting experience has been the tractor ride .. 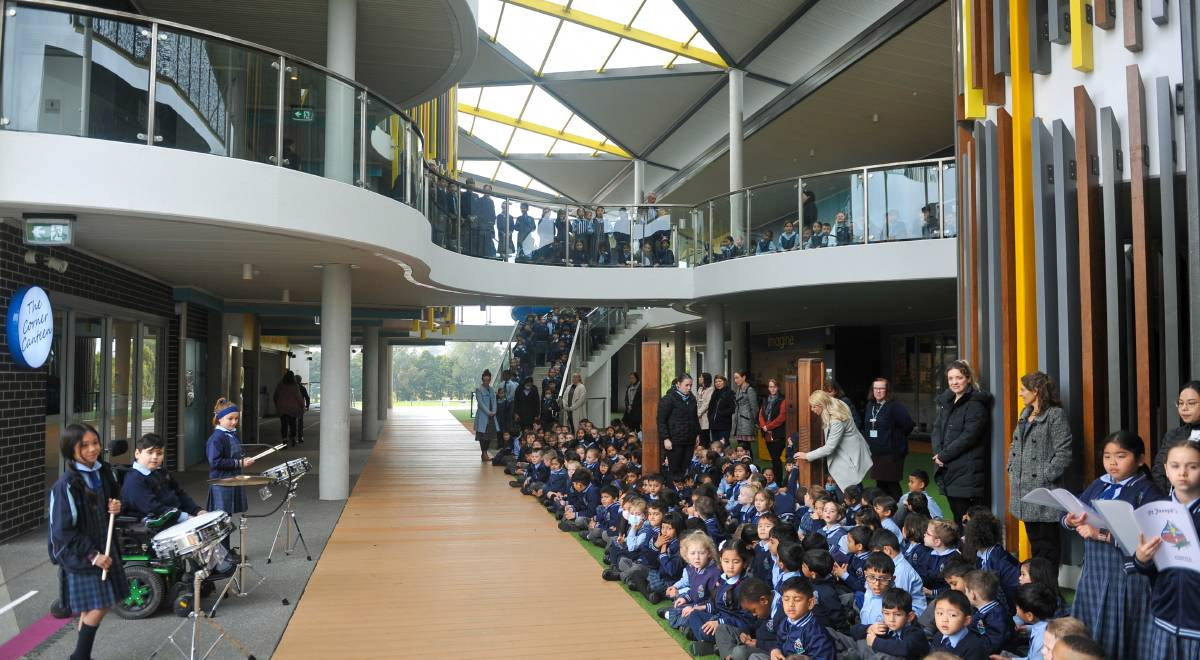 St Joseph's Primary Schofields pupils have moved into a brand new school building, allowing the institution to cater for the ever-increasing population in the north-west corridor - right on the outskirts of the Hawkesbury. 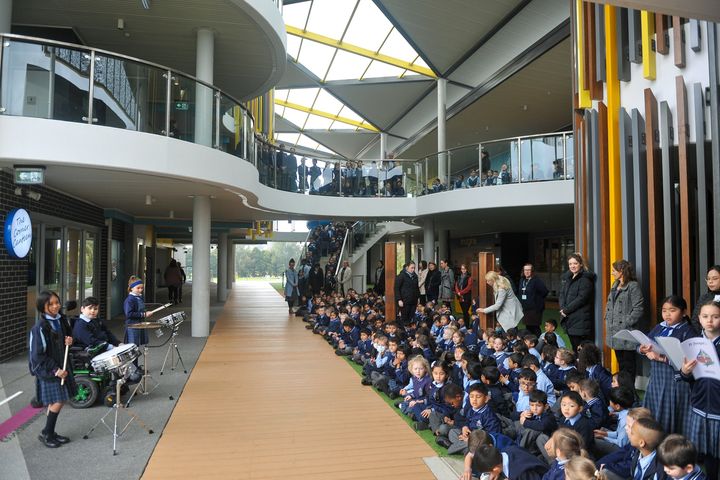 What a wonderful celebration our staff and students had for our Opening and Blessing Ceremony on Thursday 21st July. It was nice to have the whole school together to sing "Together We Can", our school song, after the unveiling of the plaque. 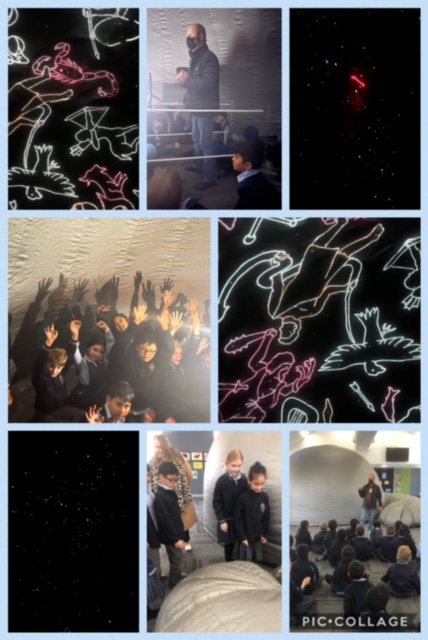 Year 2 was out of this world today! We explored the space planetarium, looking at concepts such as night and day, rotation and orbiting. We were so excited to get insights into moon phases, stars and planets and constellations. 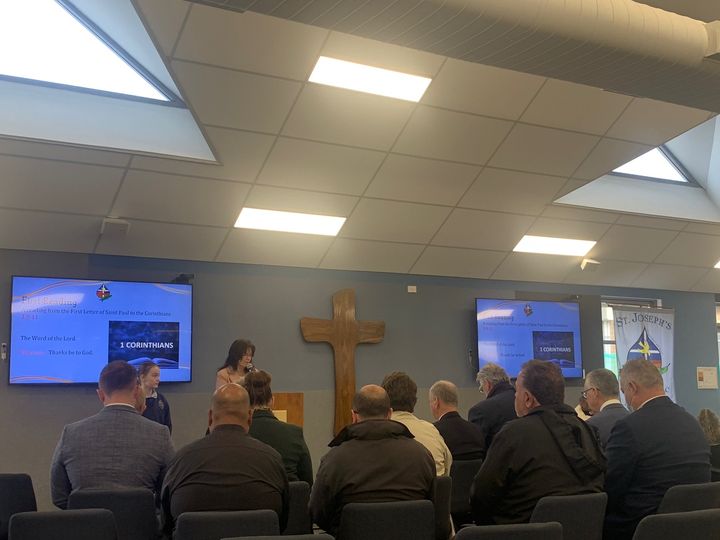 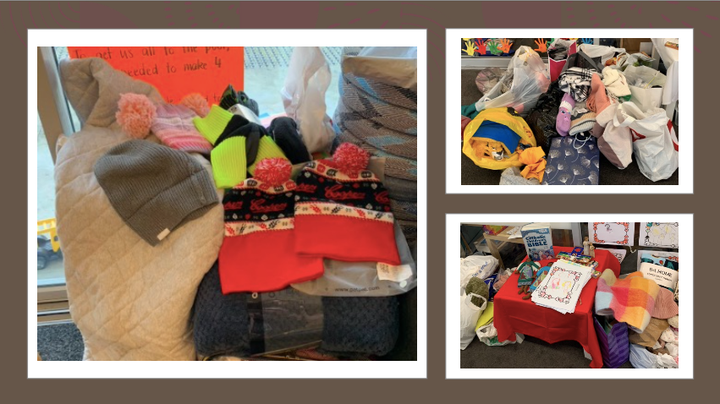 A HUGE thank you to our AWESOME community for all your donations during our St Vincent de Paul Winter Woolies Appeal.